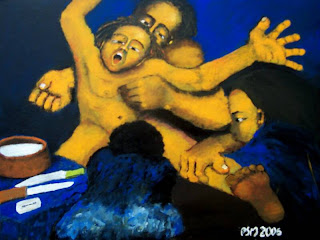 «To Mr. Louis Michel, European Commissioner for Development & Humanitarian Help; To the Ministers for Cooperation and Development of the countries of the Union.

As either citizens or organisations, we want to express our opposition to Female Genital Mutilation. More than 3 million girls every year suffer this ignominy, and more than 150 million women live with the effects their entire life. The physical and psychological consequences of this violence are a grave invasion of their integrity and dignity.

We’d like you to make this cause a priority issue. We’d like you to invest more means
to inform and educate so that we can achieve the eradication of this violence at every level, both national and European.

We support the propositions of “Respect-ev” to fight this calamity, most notably:

We appreciate your understanding and consideration, and we respectfully ask you to consider our petition.

This petition will be published, as an open letter in different European newspapers on the 5th “zero tolerance for female genital mutilation day across the world”, in February 2008.»